I was privileged to share some personal antidotes from my forty-year relationship with Nelson Nash at this year’s Think Tank, and present how my family built our financial legacy for our future generations under Nelson’s tutelage. 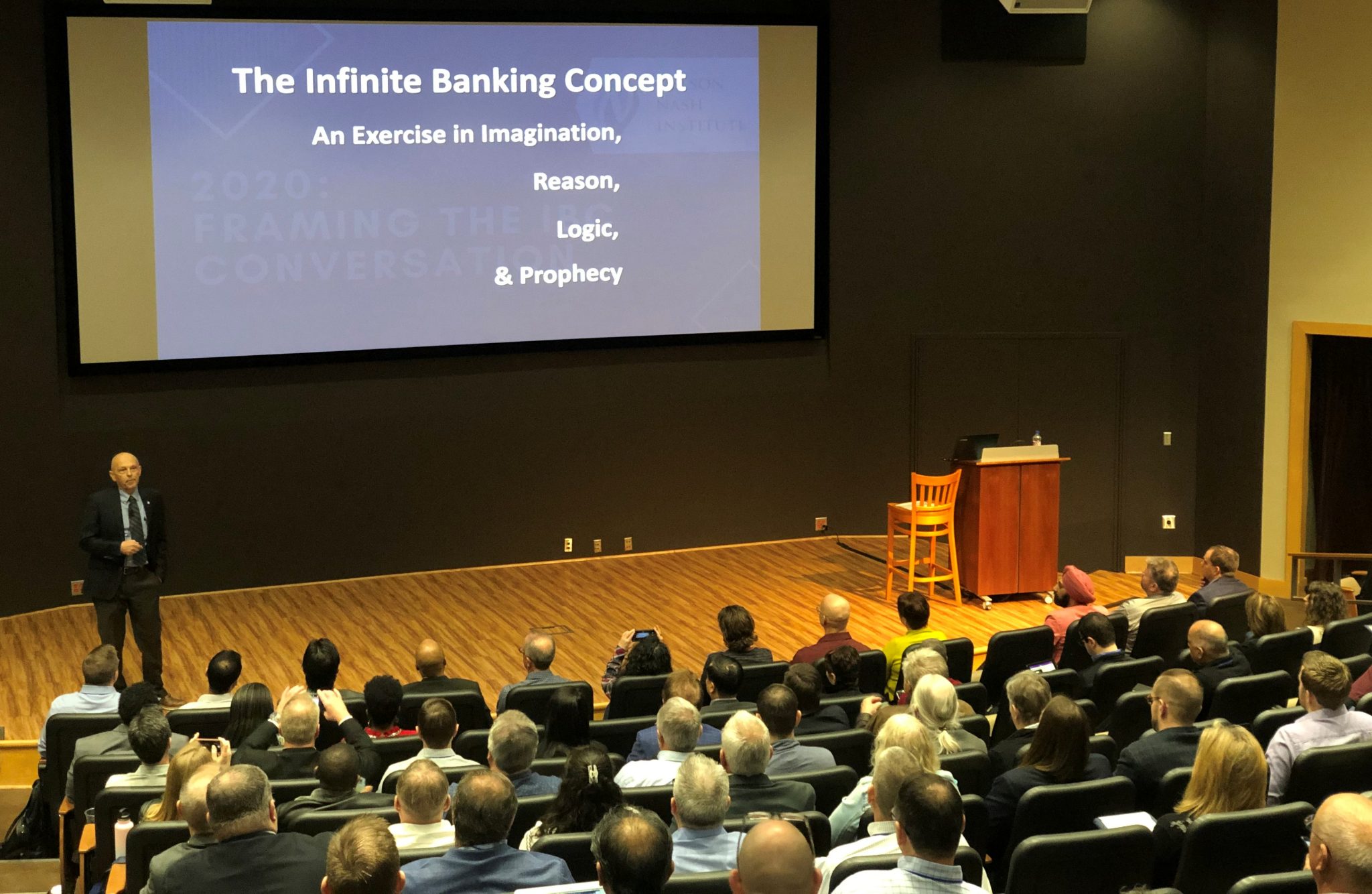 Before I got into the strategy, I emphasized some overlooked precepts of this thing called Infinite Banking.

Our conference theme this year “Framing the IBC Conversation” reminded me of how Nelson framed his 10-hour seminars by leading off with the simple but fundamental idea that the Infinite Banking Concept was an exercise in Imagination, Reason, Logic and Prophecy. He did this because he was convinced that to fully grasp this financial paradigm shift, you had to accept the meaning and importance of those four words.

When a Becoming Your Own Banker reader or seminar attendee didn’t approach IBC by using their imagination, reason, and logic then full understanding of IBC was probably going to take a much longer period of time, if it ever was fully understood and accepted.

As many of you know, the book is a text for his 10-hour seminar. But not many realize that the seminar was initially designed to be presented in two-hour segments over a five-week period. Why stretch it out for so long? Because Nelson wanted his attendance to “chew on” the material for a week before progressing to the next segment.

This might be one reason why there is a general misunderstanding of IBC, and why there is so much noise around the concept.

I personally believe that another reason is that most think that it starts with the belief that this is just about life insurance. Couple that idea with the emphasis on numbers, such as rates of return, and interest rates. Additionally, there are the endless comparisons of insurance companies, and their multiple policy design features, etc..

Or the answer might be that there is a failure to focus on the meaning of these three words: Infinite, Banking, and Concept.

Nelson choose these three words carefully, but almost everyone I talk too marginalize them as only a marketing label. When from the start, the answer was obvious, although not appreciated; they describe a simple, brilliant personal economic philosophy.

He chose Infinite because there is no limit on how you can use your policies; and, there are countless ways on how a policy can be designed. The key to design follows this simple rule: does the chosen policy design adhere to the IBC principles (more on these principles are in the book) as applied to that specific individual?

Infinite also describes a system of policies, responsibly used, that can be passed from generation to generation infinitely.

The word Banking is an adjective, a descriptor for the word “Concept.” Human behavior, specifically “Behaving like a Banker” is the real focus of the book Becoming Your Own Banker. Have you heard this before? “There are two vocations that one should be involved with, your primary occupation, and banking.” Why? “Because your need for finance during your lifetime is much greater than your need for protection.”

Nelson believed that the most important of the three was the word Concept. A concept is something that is “an understanding retained in the mind, from experience, reasoning and imagination,” does this sound familiar?