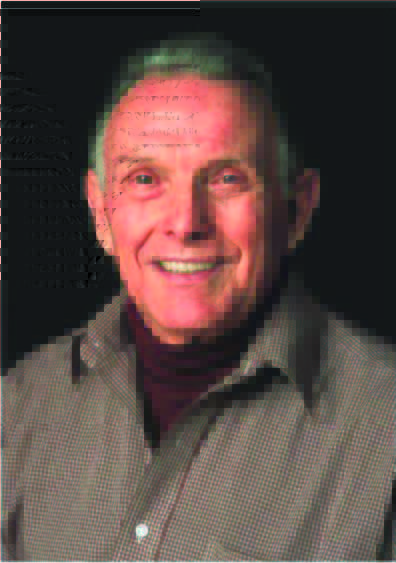 The following interview appeared in the December 2011 edition of the Lara-Murphy-Report.

R. Nelson Nash was born in Greensboro, GA in 1931, and married Mary Edwards Williams in 1952. Nash received a BS Degree in Forestry from the University of Georgia in 1952, and spent 30 years with the Army National Guard, where he earned Master Aviator Wings.

In addition to being a Consulting Forester for 9 years in eastern North Carolina, Nash was a life insurance agent with Equitable of New York for 23 years (Hall of Fame member), and The Guardian Life for 12 years.

Nash describes himself as the “discoverer and developer” of The Infinite Banking Concept (IBC). He explains his revelation and how IBC works in his classic book, Becoming Your Own Banker, of which more than 200,000 copies have sold.

Nash is also the publisher of BANK NOTES, a quarterly [monthly] newsletter. He lectures all over the United States, teaching his book in ten-hour seminars, averaging 50 seminars per year.

Nash is a passionate student of Austrian Economics, having started this pursuit over 54 years ago.

Lara-Murphy Report: For the benefit of our readers who’ve never heard one of your seminars, can you explain how you discovered Austrian economics?

Nelson Nash: It was back in the mid-50s. I had to go on  active duty with the Air Force upon graduation from college. When those two years were up, I moved to Eastern North Carolina to begin my forestry career. By the way, I did not work for the government – Smoky Bear and I don’t see things exactly the same. I worked for private landowners by contract.

I knew nothing about socialism, but, inherently I knew something was wrong about it. I also didn’t realize how much the ideas of socialism permeated the thought process of folks involved in forestry, so I came face-to-face with the mental paralysis that the monster creates in the human mind. I could not believe what I was witnessing! Why would anyone behave that way?

So, here I am “mouthing off ” at a social gathering at the home of a radiologist about what I had experienced. He went back to his library and brought me a copy of Henry Hazlitt’s Economics in One Lesson. “Try reading this,” he said. A couple of weeks later I had finished it. I took it back to him and asked two questions, “Where have you folks been hiding this stuff?” and, “Why did you hide it from me?”

He replied, “If you liked it, get on the mailing list of this monthly journal called ‘The Freeman’ that is published by an organization called The Foundation For Economic Education (FEE). All you have to do is ask for it – and they will never ask you for money. But, they are entirely supported by donations. If you have not sent them some money in a year, they will simply take you off the mailing list.”

The more I read, the better it got. I was particularly attracted to the writings of Leonard E. Read and Dr. Clarence B. Carson. Within the next ten years I had become good friends  with Leonard and he became my mentor. We had Leonard down to Birmingham every year for many years. Another ten years pass and my wife and I met Dr. Carson at a gathering that we sponsored for Foundation for Economic Education conducted by Leonard Read. Soon after we began to work with Dr. Carson on the board of directors of his organization. The study of Austrian Economics and history became my passion and remains so to this day.

LMR: Let’s suppose a reader is fully on-board with the basic Austrian message, but he doesn’t know much about life insurance. What would you say to this person, to encourage him to research the area further? Why is it worth his time, if he already understands the dangers of fiat money, central banking,and so forth? What is it that your perspective offers to him, that  he’s currently lacking?

NN: That’s the reason I wrote the book, BECOMING YOUR OWN BANKER – Unlock the Infinite Banking Concept back in October 2000. There is no way to give a simplistic explanation to one who is not acquainted with the concept. It takes time to develop a rationale that is totally different from what most folks think. So, life insurance agents who use my book to educate prospects/clients might say, “Mr. Prospect, I found this very interesting book – at least it is interesting to me – because it has changed the lives of thousands of people all over the country. I’d like your opinion of it. Would you read it and let me know what you think? Give me $25.00 — that’s the retail price plus shipping costs. When you have finished it – if you don’t like it – I’ll buy it back.” 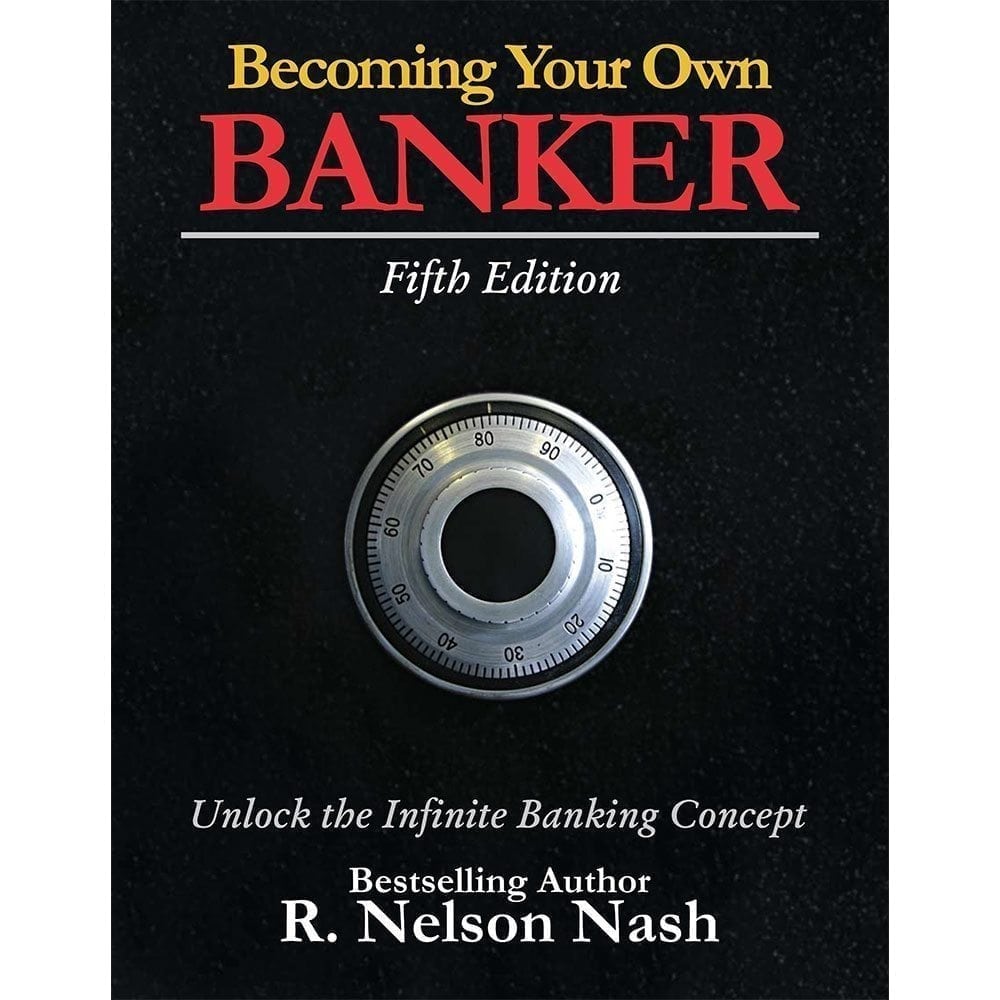 Or, one might say, “How would you like to make the interest that the banking industry is making off of you on the major purchases that you make during your lifetime, like automobiles, houses, business equipment, etc. – and do it on a tax-deferred basis? Read this book and learn how to do it.”

As to your other questions, practically no one realizes that the primary source of inflation in our economy is done through local commercial banks. They lend money that doesn’t exist! That is fraud!

When one makes a loan from a life insurance company and uses the cash value of his policy as collateral, there is no inflation of the supply of money. It is from savings by all the participants when they buy dividend-paying whole life insurance from a mutual company – that is, an insurance company that is owned by the policy owners. Very few people understand this fact.

LMR: Now let’s turn it around. Let’s say the reader has been a huge fan of your philosophy for years, and indeed she quit her previous job to become a very successful insurance agent, showing her clients how to solve their household’s financial problems with the disciplined use of properly designed dividend-paying, whole life policies. She knows that you happen to be a fan of Austrian economics, but views this as an incidental hobby you have, akin to you liking John Wayne movies. What would you say to such a hypothetical fan,  to encourage her to learn more about the Austrian worldview? Why does she need to bother with all of that “boring econ stuff,” if she is doing quite well in her current business?

LMR: Our roster of previous interviewees have attested to the immense growth in the popularity and influence of the Austrian school. Can you give us your perspective on the fortunes of the Infinite Banking Concept, perhaps telling us about your book sales and the acceptance of your views among insurance professionals?

NN: At this time, my book has sold over 200,000 copies. We know thousands of people who will never see a bank again in their lives – except for the convenience of a checking account. My wife and I have not used bank loans of any kind for over seventeen years – again, except for checking convenience. It is a very peaceful way of life in addition to being very profitable. By using life insurance policy loans to make the major purchases that occur in life, we are – in effect – making what the bank would be making off of us, tax-free. Do this over a number of years and the results are astounding!

Every month I am on a conference call with a large number of life insurance agents who are practicing this concept personally and with all of their clients. Just today, one of the agents was happy to report, “Thanks to what you have taught me, my family and I are now totally free of bank financing of any kind.”

Additionally, there are many home office people in the life insurance business who had no real appreciation of the power of this concept – and now they are own significant amounts of the product. They were standing in the middle of a fantastic solution to financial problems – and they never saw it because of the way they were taught. Infinite Banking Concepts is an educational organization that is dedicated to rectify this misunderstanding.

LMR: One of our favorite lines from a talk you gave at our Night of Clarity conference in Nashville was something like, “In the decades that I have spent studying the Bible, I do not recall it saying, ‘And then Moses retired.’” Can you share with us your views on the typical American view, that you work at a job you hate for 45 years, so you can stack up a bunch of money and then start living once you retire?

NN: Retirement has got to be the most stupid idea that has ever come along. I have read the Bible through and through during my lifetime and I can’t find anywhere that it says, “And, so Moses retired and lived happily ever after…” The word “retirement” doesn’t appear in the vocabulary of human beings until about 1890. Bismarck, in Germany, came up with that idea. They were the ones who gave the world the idea of Social Security. He set age 70 as retirement age for German males – and life expectancy for those folks was probably around 50. The odds were that no one would ever live to receive income from the scheme. Along comes World War I and he reduced it to age 65. That’s where FDR got age 65 for American males for our Social Security in 1937 when life expectancy was around 61. Now life expectancy is 78. There is no way that the scheme can work. It will fail in due course – but our politicians say they are going to “fix it.”

There is no way that they can “fix” something that is inherently defective. Americans have been sold a bill of goods with this crazy idea. I’m working on writing a new book right now, entitled, Building Your Warehouse of Wealth: Think About It. The book will include an extensive chapter dealing with the subject of retirement. For further reading I suggest The Pension Idea by Paul Poirot, a small booklet that he wrote back in 1950. It is available on our website, www.infinitebanking.org. Mankind needs purpose in life. In March 2012 I will be 81 years old. There is no way to convince me to retire! This life is too much fun to miss out!