Bureaucrats have a fixation on numbers and rules. Viktor Frankl, a Holocaust survivor, describes this termination point:

The emaciated bodies of the sick were thrown on two-wheeled carts which were drawn by prisoners for many miles, often through snowstorms, to the next camp. If one of the sick men had died before the cart left, he was thrown on anyway—the list had to be correct! The list was the only thing that mattered. A man counted only because he had a prison number. One literally became a number: dead or alive—that was unimportant; the life of a “number” was completely irrelevant.

The following words represent the generally acknowledged mindset of a bureaucrat: “Rules are rules, fella. I don’t make ‘em. I just enforce ‘em.”

As Ludwig von Mises has taught us, bureaucracy is not a large, hierarchically structured organization, whether of big government or big business. It is the government’s method of managing its affairs, which means it is the “peaceful” method of managing coercion. Laws of the land, a budget for each bureau, and regulatory rules dictate to citizens what they can and cannot do. Disobedience brings punishment. The method is top-down; the higher authority must be obeyed.

Business management is bottom-up, deriving its legitimacy from customer satisfaction, the only means in a free market of earning profits. Policies, not rules, are guidelines informing everyone in the company, from president to stock clerk, how to function in order to achieve optimal customer satisfaction and therefore optimal profits.

If a large, hierarchically structured business today seems bureaucratic, in the sense of being inefficient and insensitive to customers, look for the government’s demands for compliance to laws and rules. Compliance means obedience to a higher power, which consequently deflects attention from customer needs and wants. This is what makes businesses in a mixed economy take on the “rules are rules” mentality.

In a bureaucratic society, thought is neither required nor appreciated, only compliance.

So why the bureaucratic indifference to people? Paperwork is the only yardstick bureaucracy has to measure its “success.” Laws and rules are commands that compel citizens to obey, and citizens usually do obey to avoid punishment. Paperwork records the compliance—but it must be correct.

The objective yardstick of a business is its bottom line, profits, which means it is successfully meeting its customer’s needs and wants.

A bureaucratic society is a rule-bound society. Freedom and creativity are not valued. (Creativity, after all, means breaking rules.) The more bureaucratic the society, the more rule-bound it will become. The socialist state, therefore, is a society dominated almost entirely by laws and rules. The more laws and rules, the more total the regulation of human affairs, the less value it places on its citizens’ lives.

Total bureaucracy—the totalitarian socialist state—is dictatorship by excessive law. This describes Nazi Germany during World War II, as well as the USSR and many similar regimes in the twentieth century.

The list has to be correct because all paperwork has to be correct. William Shirer made this clear in The Rise and Fall of the Third Reich, when he described gangs of German secretaries dutifully typing orders to send Jewish people to their deaths.

Even a few members of Kerensky’s provisional Russian government, who were discovered by illiterate Bolshevik revolutionaries during the 1917 October Revolution, were compelled to write their own arrest papers. The paperwork had to be correct!

In a bureaucratic society, thought is neither required nor appreciated, only compliance. Thus, paperwork has to be correct for the lower-ranked official to avoid punishment and for the higher to justify his or her actions, by reference to a law or rule.

Concern for the person behind a bureaucratic number is minimal or non-existent. Just ask students at state-run universities what it is like to be a number on a roster. (And the rosters do have to be correct!)

Message for advocates of a free society? The fewer laws and rules, the better. Indeed, a strong argument has been made that we could easily do without legislature-made, statutory law by replacing it with common law.

Every man but one a subordinate clerk in a bureau, what an alluring utopia!

Central planning requires centralized law-making, that is, deliberative assemblies (legislatures) and regulatory agencies to write and pass thousands of pages of laws and rules, all of which are subject to ossification, officious manipulation, and arbitrary application. This gives us the nefarious rule by men under a pretext of rule by law.

Common law is decentralized and requires conceptual thinking by each citizen and judge to resolve specific disputes with reference to principles. Justice evolves and improves on a case-by-case basis, as wealth and well-being do in the decentralized free market.

Conceptual thinking requires the discovery and understanding of universal principles that can be applied to many concrete instances. Common law, therefore, is general and guided by rights, such as the requirement to prove intent in criminal cases, but it is constrained by precedent and usually confined to specific parties. Change in common law occurs slowly and deliberately.

Legislature-made laws and rules, in contrast, aside from their flagrant violations of individual rights, are at the same time concrete and sweeping, such as a ban on smoking in all public places and within twenty feet of a building. And because legislature-made law is made, not discovered, change occurs quickly and frequently, thus leading to a continual increase of laws and rules—and paperwork.

Thinking in principles and independent judgment are prerequisites for building and sustaining a free society. When our minds are driven to focus on lists and paperwork that must be accurate, conceptual thinking becomes difficult, though not impossible. For many, however, in bureaucratic situations, morality—honesty, integrity, courage, dignity . . . and human decency—go out the window.

For more on the relationship between bureaucracy, socialism, and dictatorship, see Mises’ 1944 book Bureaucracy. Here is his one-paragraph summary and conclusion (p. 125):

Bureaucracy is not a benign institution. 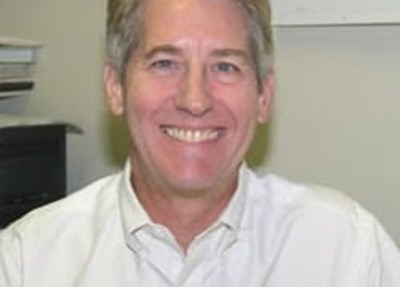