Politics isn’t everything. Though everything has a political dimension, it is never the only dimension. The state, with its monopoly on coercion through physical violence, is the everyday arbiter of politics. Therefore, when people in power convince a population that every problem requires a political solution, that population is primed for authoritarianism. In other words, the population has adopted “The Dictatorship Mindset.” While political engagement is crucial to a functioning civil society, the politicization of every facet of life will eventually crush that society.

For example, Americans have a nasty habit of overstating the importance of the President. Important as the President is to signing/vetoing legislation and commanding the armed forces, he or she does not represent “who we are as a people” in any romantic sense. The media’s pathetic narrative of the President embodying our “hopes and dreams” is the modern equivalent of “Hail Caesar!” dressed up in insipid PR-speak. This is dangerous for two reasons.

First, whenever we say “The President should do more of X,” we are ceding the ground that could be covered by Congress or, even more appropriately, by ourselves. Nothing is more absurd than when people praise or scold the President for the price of gasoline, something which he has almost no control over (and should not have control over). One could go on for days with other examples. President Reagan didn’t “cut taxes,” Congress wrote a bill which they then sent to him to sign. President Clinton didn’t “create jobs,” private citizens created, bought, and sold goods and services which generated the need for labor and thus the need to hire people. President Obama didn’t bring marriage equality, the Supreme Court ruled in favor of it. By crediting Presidents with these things, we not only act as if we live in an absolute monarchy, we act like it’s a good thing!

All Power to the President

Second, building up the President encourages servile thinking. It’s a way of buying into the cult of personality while pretending to reject the sales pitch. When we panic about a certain candidate winning the White House and all the awful things he or she plans to do, we’re admitting that we as a nation would simply go along with it, that no acts of congressional or private disobedience would stem the tide of executive power. Coming from a nation whose founding was based on separating from a monarchy, this realization is especially sad. It should serve as a sobering reminder that a part of every person desires a personal dictator to do the things he or she personally agrees with – without the pesky “obstructions” of argument and opposition.

When we panic about a certain candidate winning the White House and all the awful things they plan to do, we’re admitting that we would simply go along with it.Through the right education, parental instruction, and contact with people who disagree with us, we are able to see that some form of political pluralism, back-and-forth, and limits on executive power have real benefits. But if education, media, and individual opinions all aggrandize the role of the President, there’s little left to combat the dictatorship mindset.

Politicians are fallible human beings. By foisting your hopes and dreams onto them, you make yourself a prisoner of their shortcomings. More importantly, by relying on the President to solve all questions of economics, foreign affairs, and private life, the entire country is at the mercy of his or her imperfections.

Whenever someone responds to a problem that could be solved privately with “we need a new law to fix this,” he or she is helping to prop up the unspoken ideology of the state. Every law is backed up by the threat of force (through the use of the police, the military, various agencies). Therefore, if you think every issue needs a corresponding law, you’re basically saying that you’re willing to use violence to get everything you want and shape society in your imperfect image. This goes for both the public-facing functions of the state and for private life.

Dictatorships specialize in crushing the societies they govern precisely because of how they subordinate everything to politics: art, music, sports, friendships, even the family. History is awash with examples of this, the most salient being: Volksgemeinschaft in the Third Reich, socialist realism in Stalin’s Russia and Mao’s Cultural Revolution. This is to say nothing of these regimes’ laughably awful economic policies. Looking beyond the visible brutality of each of these regimes (e.g. man-made famines, executions, show-trials), one can see the boring, bureaucratic side as well and how it enabled the terrors and justified them in the mind of the public. Every Himmler requires a Goebbels. The laws that require every artist to join a government-sponsored professional body. Standards, codes and statutes for what is and is not acceptable to paint, draw, film and record – all according to a set political ideology. Why would anyone want to live like this?

Remember, every time you say, “The government should do something about X,” you draw closer and closer to this reality. The Dictatorship Mindset emerges when we become willing to crush what Bruno Waterfield describes in an article for Spiked’s Review of Books (writing about George Orwell):

…life, autonomous, free, even if circumscribed, with self-defining loyalties and bonds between people who value their private relationships, is the highest law. ‘The liberty to have a home of your own, to do what you like in your spare time, to choose your own amusements instead of having them chosen for you from above’, is part of our nature. To try to stamp it out is to stamp on a human face

How do we preserve this free and autonomous life? As Max Borders and Jeffrey Tucker point out in “Is Politics Obsolete?“, we must recognize that “progress occurs despite politics and politicians, not because of them.” We have our own resources, creativity, and the ability to think for ourselves. We have the ability to create parallel, voluntary, non-violent institutions that can reduce our dependency on state intervention. If we want to “get our country back on track,” our own independent initiatives must go together with trying to pick a suitable head of state. Finally, we must never allow ourselves a romantic fixation on the presidency. Sorry Jackie O., there never was a “Camelot,” and there never should be. 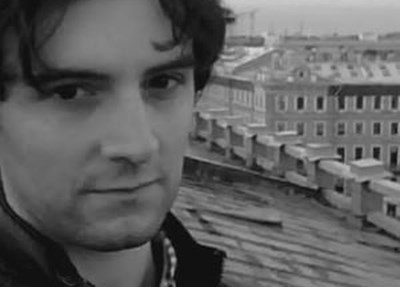 J. Andrew Zalucky is a Connecticut-based writer focused on politics, history and cultural issues. Since 2011, he has run his own website, For the Sake of Argument. In addition, he writes about extreme music and is a regular contributor to Decibel and Metal Injection.