Many have tried, but few have been as effective as Thomas Jefferson at criticizing Social Security. In a 1798 letter, Jefferson, who died more than a century before Social Security reached the public’s conscience, laid out one of the most compelling arguments ever written against the Social Security program as it exists today.

The piece wasn’t a rant about the size of government or a philosophical look at fairness and the rights of man. His letter dealt with the consequences of enabling one generation to lay debts upon another. In sum, he predicted that eventually a generation would, “eat up the usufruct [the right to enjoy the use and advantages of another’s property short of the destruction of its substance] of the lands for several generations to come.”

The Social Security system sold dollars for dimes for decades, and we wonder how it could possibly fail.

That sounds a lot like Social Security, which has a shortfall of roughly $32 trillion. That figure means that the program’s remedy would require nearly double the nation’s GDP or “the usufruct of the lands.” As a result, our politicians are struggling to explain this breathtaking financial gap and to propose a way to fill it.

We nominally cling to the notion that the money was misused or that unforeseen demographic shifts have somehow complicated the best laid politics of mice and men. In other words, hidden hobgoblins menaced the system far beyond the control of our current politicians, who really hope to escape any responsibility for the cost of keeping the promises to seniors.

Jefferson said nothing about demographics or financial malfeasance. He said that the public council–Congress–would place the self-interest of re-election over the long-term interests of the general public. In just this fashion, Congress ‘expanded’ Social Security for decades without any consideration for how to pay for it, because voters love benefits, but hate the costs.

The Path to Crisis

Over decades, Congress larded benefits upon voters for spouses, children, ex-spouses, COLAs, and survivors without providing an incremental cost. The Social Security system sold dollars for dimes for decades, and we wonder how such a concept could possibly fail.

The pathway for the approaching crisis was created in 1983 with short-sighted legislation, which was made necessary by an imminent crisis created by even earlier lapses in legislative judgement. For 80 years, Congress has created deals in which their children will pay the taxes that voters won’t and accept the benefit cuts that no one would even discuss. It is not possible to kick the can down the road anymore.

The crisis coming in Social Security will manifest Jefferson’s “lands holden in tail.” In 1983, the nation insulated those who were 45 and older from the consequence of the dollars for dimes math of the system. By 2005, we nominally talked about protecting those 55 and older. Now current law cannot protect those in retirement even by its most favorable estimates.

We are at the Rubicon with these promises. In 2016, three separate proposals sought to protect those in retirement by targeting the same audience whose benefits were cut in 1983. It is not possible to kick the can down the road anymore.

Jefferson’s letter serves as a somber presage for politicians promising to keep Social Security’s promises to seniors. He reasoned that “the earth belongs in usufruct to the living; that the dead have neither powers nor rights over it.” In other words, today’s workers cannot be bound by the promises of a past Congress, much less the promises of past promises.

Clearly, we are not there yet, but Jefferson’s reasoning implies that one day a politician will emerge who will serve the new generation. At some point, younger Americans will elect a Francis Underwood, who in turn will tell seniors, “We owe you nothing.”

And Thomas Jefferson would not only agree, but say, I told you so. 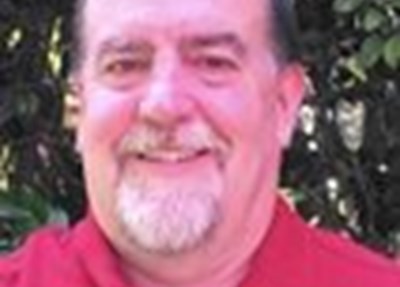 Brenton Smith is the founder of Fix Social Security Now and writes on the issue of Social Security reform, appearing in national media like Forbes, Marketwatch, FoxBusiness, and FEE.org.