War at the Top of the World: The Struggle for Afghanistan, Kashmir and Tibet

Home » War at the Top of the World: The Struggle for Afghanistan, Kashmir and Tibet 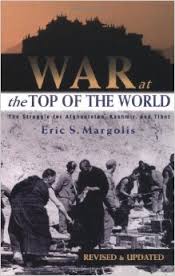 Having reported for years from the Khyber Pass and the Karakoram and Himalayan ranges, journalist Margolis here distills his experience with the geopolitics of this forbidding region. To outsiders, it might seem perplexing that Pakistan, India, and China should have fought wars over uninhabitable mountains, a bewilderment Margolis dispels by explaining the stakes in Kashmir and Tibet as viewed from Islamabad, New Delhi, and Beijing. It may seem bizarre that the battlefield, at 16,000 feet of elevation, is on the Siachen Glacier, where hypoxic, frostbitten Indians and Pakastinis regularly lob shells at each other. The author’s explanation makes it more understandable strategically, for he who controls the glacier controls the only Pakistan-China road. Convinced that Hindu-Muslim animosities will again erupt in war, Margolis describes the tension between China and India, played out in their nascent nuclear and naval arms races. Combining vignettes of his travels (including to Lhasa) with strategic summaries, Margolis usefully draws attention to hot spots some believe are the most likely to set off a nuclear war.