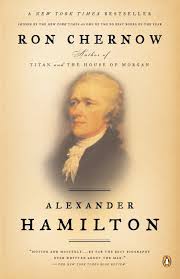 Few figures in American history have been more hotly debated or more grossly misunderstood than Alexander Hamilton. Chernow’s biography gives Hamilton his due and sets the record straight, deftly illustrating that the political and economic greatness of today’s America is the result of Hamilton’s countless sacrifices to champion ideas that were often wildly disputed during his time. “To repudiate his legacy,” Chernow writes, “is, in many ways, to repudiate the modern world.” Chernow here recounts Hamilton’s turbulent life: an illegitimate, largely self-taught orphan from the Caribbean, he came out of nowhere to take America by storm, rising to become George Washington’s aide-de-camp in the Continental Army, coauthoring The Federalist Papers, founding the Bank of New York, leading the Federalist Party, and becoming the first Treasury Secretary of the United States.