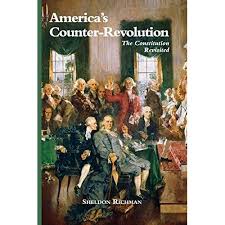 This book challenges the assumption that the Constitution was a landmark in the struggle for liberty. Instead, Sheldon Richman argues, it was the product of a counter-revolution, a setback for the radicalism represented by America’s break with the British empire. Drawing on careful, credible historical scholarship and contemporary political analysis, Richman suggests that this counter-revolution was the work of conservatives who sought a nation of “power, consequence, and grandeur.” America’s Counter-Revolution makes a persuasive case that the Constitution was a victory not for liberty but for the agendas and interests of a militaristic, aristocratic, privilege-seeking ruling class.