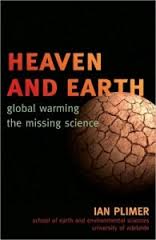 Climate, sea level, and ice sheets have always changed, and the changes observed today are less than those of the past. Climate changes are cyclical and are driven by the Earth’s position in the galaxy, the sun, wobbles in the Earth’s orbit, ocean currents, and plate tectonics. In previous times, atmospheric carbon dioxide was far higher than at present but did not drive climate change. No runaway greenhouse effect or acid oceans occurred during times of excessively high carbon dioxide. During past glaciations, carbon dioxide was higher than it is today. The non-scientific popular political view is that humans change climate. Do we have reason for concern about possible human-induced climate change?