The Idea of America

Home » The Idea of America 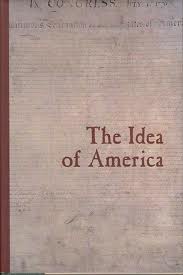 This is an anthology on America. Its selections have been chosen (by Bill Bonner and Pierre Lemieux) to convey what was, and hopefully still is, the idea of America.
When we look around America today, it seems clear that the idea of America has failed. Can we imagine that any of the classical authors of this anthology, or any of the Founders, would think that today’s America is a free society in the strong sense of the word? It is certainly quite open, and less unfree than many other countries in the world. It may or may not be less unfree than other Western countries, depending on which area of human endeavor is considered. At any rate, contemporary America is far from the idea of America as we see it unfold in this book.