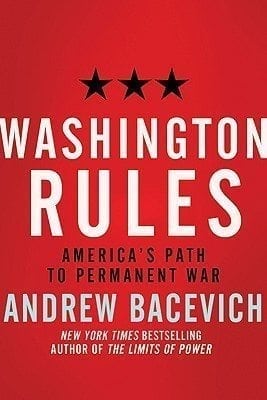 Washington Rules is Andrew J. Bacevich’s bestselling challenge to the conventional wisdom that American security requires the United States (and us alone) to maintain a permanent armed presence around the globe, to prepare our forces for military operations in far-flung regions, and to be ready to intervene anywhere at any time. Adopted by administrations on both sides of the political spectrum during the past half century, this Washington consensus on national security has become foreign policy gospel when, according to Bacevich, it has outlasted its usefulness.