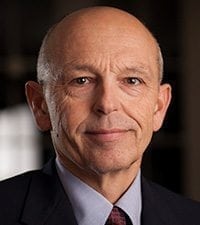 David Stearns is Nelson Nash's son-in-law. Nelson recruited David to help with the administrative side of Infinite Banking Concepts, LLC in June 2004. Nelson asked David to takeover the company to continue the IBC legacy in 2009.

David retired from the U.S. Army as a Lieutenant Colonel. David served 27 years in the Army, first as a field artillery officer, then as an Army aviator. As with all military officers, he had a variety of assignments including command, operations, safety, and systems analysis/operations research. David served throughout the Continental U.S. and world-wide with a long tour in Egypt and multiple deployments to Germany, Korea, and Kuwait.

David has been a Director of the Nelson Nash Institute since the formation of the Institute in 2013.

David graduated from Buffalo State College in 1975, and received a Masters of Public Administration from Auburn University, Montgomery in 1992.

He has been married to Kimberly Nash Stearns since 1979. They live in Birmingham, Alabama and have four children and eight grandchildren. 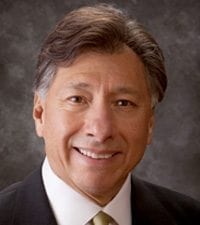 Lara has held all the required licenses as a Registered Broker-Dealer and member of the National Association of Securities Dealers (NASD). His background makes him a regular speaker at credit management symposiums and conferences. During the 1980s he taught classes on credit management to credit executives seeking the ABCE accreditation, now the Certified Credit Executive (C.C.E.), for the National Association of Credit Management (NACM).

He is a passionate advocate of Austrian Economics and frequently writes and speaks on the subject. In 2010 he co-authored How Privatized Banking Really Works with economist Robert P. Murphy. Together they publish the Lara-Murphy Report, a special on-line economic research and reporting newsletter for financial professionals. 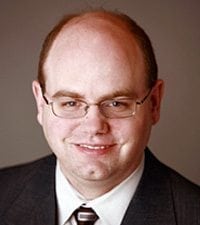 Robert P. Murphy is a Research Assistant Professor with the Free Market Institute at Texas Tech. He has a PhD in economics from New York University. After teaching for three years at Hillsdale College, Murphy left academia for the financial sector, where he worked on portfolio management and economic research at Laffer Associates. Murphy now is president of Consulting By RPM, and runs the popular economics blog “Free Advice” at ConsultingByRPM.com.

Murphy has testified before Congress, and has given numerous interviews on TV and radio. He is the author of hundreds of articles and several books on economic topics aimed at the layperson, including The Politically Incorrect Guide to Capitalism (Regnery 2007), How Privatized Banking Really Works (2010 with Carlos Lara), and Lessons for the Young Economist (Mises Institute 2010). Murphy is a Research Fellow at the Independent Institute, and is the Senior Economist for the Institute for Energy Research, where he specializes in the economics of climate change. You can find out more at www.Lara-Murphy.com.