Since the Great Global Economic Recession in 2008-2009, highly unorthodox monetary policies have been pursued by the world’s major central banks in an effort to promote economic recovery. Clearly the most important of these policies has been massive quantitative easing, or effective money printing, by the Federal Reserve, the Bank of Japan, the Bank of England, and the European Central Bank.

The basic reason why the world’s major central banks resorted to quantitative easing is that once interest rates had been reduced to zero, those banks ran out of room to reduce interest rates further. At that point it was thought that by buying long-dated bonds, the central bank could stimulate economic growth by driving long-term interest rates down and by encouraging economic actors to take on more risk.

When economic history of the last eight years is written, it will be found that the world’s central banks were moderately successful in promoting short-term economic growth through their unorthodox monetary policies. This would be reflected in the slowest global economic recovery in the post-war period. However, it is also bound to be found that in pursuing a short-term economic growth objective, the world’s central banks set up the stage for the next major global economic and financial crisis. They will be found to have done so by having created asset price bubbles, especially in the global bond market, and by have encouraged the gross mispricing of risk in the world’s financial markets.

As an indication of the size of the global bond market bubble that the world’s central banks have created, all one need do is to consider that as much as $12 trillion of the world bond market now trades at negative interest rates. Assuming that the world’s central banks achieve their generally subscribed to 2 percent inflation target, the negative yields on these bonds would imply that, if held to maturity, the holders of these bonds would suffer very large losses in real terms.

For an indication of the serious mispricing of risk in global financial markets, one need look no further than the $2.5 trillion Italian government bond market, which is the world’s third largest sovereign bond market.  Today the Italian government can raise long-term money at lower rates than can the US government and it can even place a 50-year bond at attractive interest rates. It can do so despite the fact that Italy has major problems in its banking sector, a dysfunctional political system, the second highest public debt to GDP ratio in the Eurozone, and a highly sclerotic economy that has barely grown over the past two decades.

Beyond blaming the world’s central banks for setting the stage for the next global financial crisis, history will also assign responsibility to those banks for the role they played in causing political polarization in so many countries. At the root of that political polarization has been the sense that the gains from economic recovery have not been fairly shared. The bulk of those gains will be seen to have gone to asset price holders who have benefited from the world’s central banks’ largesse at the same time that savers in bank deposits have been penalized.

A basic question that future economic historians are bound to ask is whether the short-term gains from aggressive quantitative easing were worth the serious long-run economic and political costs associated with such policies. They might frame this question by asking whether we might not have been better off had an alternate policy, such as gradually higher rates, or even helicopter money, been pursued. After all, other policies might have avoided global financial market bubbles and the political perception that the world’s central banks favor the 1 percent rather than the 99 percent of the population.
Republished from Economics 21. 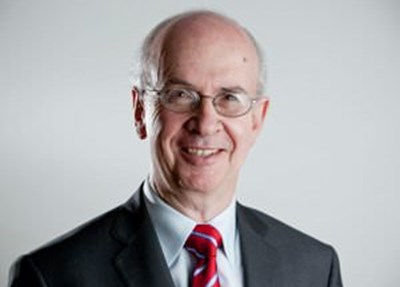 Desmond Lachman is a resident fellow at the American Enterprise Institute. He was formerly a Deputy Director in the International Monetary Fund’s Policy Development and Review Department and the chief emerging market economic strategist at Salomon Smith Barney.