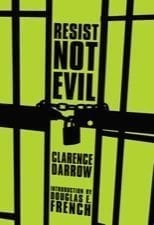 This remarkable book is the most comprehensive, sweeping, compelling, and unsettling case ever penned against what is laughingly called the criminal-justice system. It is a classic, devastating at its core, that is made newly available to speak to us in our times in which the state is completely out of control.
Clarence Darrow is best known today as the Chicago lawyer who defended John T. Scopes in the Scopes Monkey Trial in 1925. But that case actually played a minor role in his life. He was an attorney by training who, from experience, learned that the entire state apparatus of courts, trials, and prisons was the worst single feature of the state. He saw the entire machinery as a gigantic fraud, a purveyor of injustice, a producer of criminality itself.