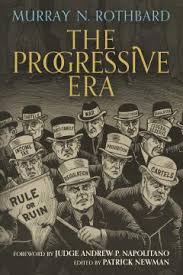 Rothbard’s posthumous masterpiece is the definitive book on the Progressives. It will soon be the must read study of this dreadful time in our past. — From the Foreword by Judge Andrew P. Napolitano The current relationship between the modern state and the economy has its roots in the Progressive Era. — From the Introduction by Patrick Newman Progressivism brought the triumph of institutionalized racism, the disfranchising of blacks in the South, the cutting off of immigration, the building up of trade unions by the federal government into a tripartite big government, big business, big unions alliance, the glorifying of military virtues and conscription, and a drive for American expansion abroad. In short, the Progressive Era ushered the modern American politico-economic system into being. — From the Preface by Murray N. Rothbard