War is a Racket

Home » War is a Racket 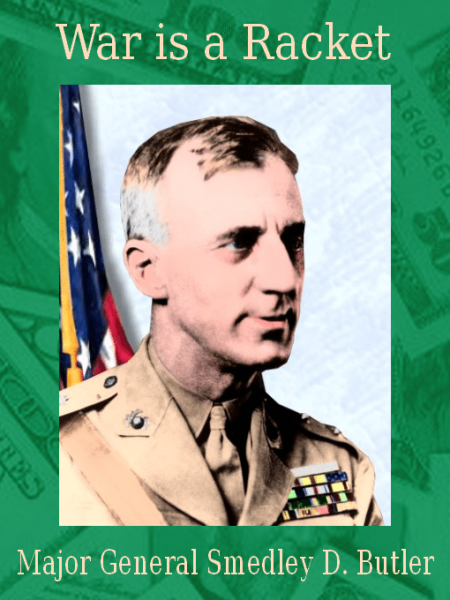 War Is a Racket is the title of two works, a speech and a booklet, by retired United States Marine Corps Major General and two time Medal of Honor recipient Smedley D. Butler. In them, Butler frankly discusses from his experience as a career military officer how business interests commercially benefit from warfare.
In War Is A Racket, Butler points to a variety of examples, mostly from World War I, where industrialists whose operations were subsidised by public funding were able to generate substantial profits essentially from mass human suffering.