The American Way of War: How Bush’s Wars Became Obama’s 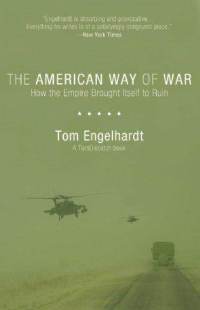 In The American Way of War, Engelhardt documents Washington’s ongoing commitment to military bases to preserve—and extend—its empire; reveals damning information about the American reliance on airpower, at great cost to civilians in Afghanistan, Iraq, and Pakistan; and shows that the US empire has deep historical roots that precede the Bush administration—and continue today into the presidency of Barack Obama.