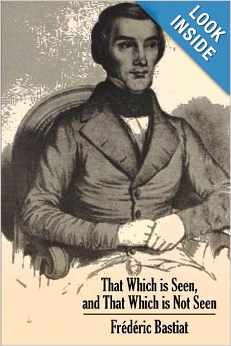 Bastiat asserted that the only purpose of government is to defend the right of an individual to life, liberty, and property. From this definition, Bastiat concluded that the law cannot defend life, liberty and property if it promotes socialist policies inherently opposed to these very things. In this way, he says, the law is perverted and turned against the thing it is supposed to defend. His position on the non-free market aspects of later schools such as libertarian socialists would have to be inferred based upon his writings. Because of his stress on the role of consumer demand in initiating economic progress, Bastiat has been described by Mark Thornton, Thomas DiLorenzo, and other economists as a forerunner of the Austrian School.