Do You Know Who the Swiss President Is?

Doris Leuthard. That’s the name of the incumbent Swiss president in case you wondered or might need it in a general knowledge quiz any time soon. But how come a country this well known on the international stage happens to have such an unknown executive?

The Swiss Opposed Centralization from the Start

The beginning of the Swiss confederacy wasn’t about power.

From the 14th century on, while Europe was torn in territorial conflicts or the religious Thirty Years War of 1618 to 1648, the (originally) 8 cantons of the Old Swiss Confederacy were a microcosm of peace and prosperity. These cantons in themselves did have religious differences, but preferred to agree on a pact of mutual military assistance to protect the neutrality of the region and its peace. The Holy Roman Empire had granted this community of cantons imperial immediacy, meaning they were declared free from its rule while being a part of it. As the European royalties raised massive amounts of taxes to finance their decade-long wars, being Swiss was comparable to living in the first true tax haven: by any means the destruction in all of Europe made the differences that these cantons have look insignificant.

While the Confederation of Switzerland was modeled after the United States, the Swiss avoided the concentration of the executive into one person.

Later, religious differences in Switzerland grew, sparkling battles between Catholic and Protestant cantons. Each of these battles had winners, yet none were able to impose a true change of regime, as the cantons were too diverse to be governable. The cantonal governments refused to cooperate with each other: the only foreign policy they could agree on was that of neutrality, which ended up saving it from war.

The French Revolutionary army invaded the Confederacy in 1798 and established the Helvetic Republic, a centralized state, abolished cantonal sovereignty and feudal rights and reduced the cantons to administrative districts, all in the image of France itself. This French nation-building project failed 5 years later, as the population didn’t cooperate with any centralization attempts. The Helvetic Republic was incompatible with the Swiss mentality: the people demanded that government decisions be made at the canton level, not at the federal level.

After decades of struggles over the centralization of power, a civil war ended the everlasting Swiss question of the legitimacy of a federal government. The Sonderbund War started in 1847 and was a fight between seven conservative and Catholic cantons who opposed the centralization of power and rebelled against the Confederation which had been in place since 1814. What followed was probably one of the least spectacular wars in world history: the federal army had lost 78 men and had 260 wounded. The Sonderbund conspiracy dissolved and Switzerland became the state it is today in 1848.

Think about this, the Swiss fight (which was marked by its incredible lack of violence in comparison to others) was purely over the rejection of the centralization of power, the skepticism of the responsibilities that a large entity has, while, mind you, we’re only talking about a country of 16,000 square miles. The result is a relatively neutral state which maintains a greater amount of freedom and prosperity than most European nations.

The Federal Council, Impotent by Design

The executive of the federal multi-party directorial republic is a body called the Federal Council. It is composed of 7 members (each one responsible for one of the seven departments in Switzerland) who are voted into their position by both chambers of the Federal Assembly. Their presidency and vice-presidency is rotating each year, their mandate is four years. The current council is composed of 2 social democrats, 2 center-right conservatives, 2 national conservatives, and one Christian-democrat (Doris Leuthard, who’s the current president).

If you don’t know who the new president of Switzerland is, don’t worry. Some Swiss people might not know either.

While the Confederation of Switzerland was designed to follow the example of the United States when it comes to federalism and states’ rights, the Swiss avoided the concentration of the executive into one person. It is interesting to note that although every European country made (and makes) constant changes to their form of government, this council has not changed since 1848. The only political change has been made to the Federal Council, is the reversal of the Magic Formula, or also known as the Swiss consensus, a political custom which divided the 7 seats in the country between the four ruling parties. With the arrival of billionaire industrialist and EU-opponent Christoph Blocher and his Swiss People’s Party, this political agreement had been shaken up and, furthermore, made Switzerland’s accession to the European Union more and more unlikely.

The council shows unity towards to the public and most decisions are made by consensus. That is largely because their function is more decorative than functional, as most of the power is still held by the cantons. Decisions related to education and even levying taxes are made at the regional level. There is no executive action or veto which the federal government could use.

The Swiss cantons perform the balancing act of politics: the conservative cantons are those outside of the big cities such as Zurich, Geneva or Bern (the capital). The population in the smaller communities reject the tendency to govern from the capital. As a result, the Swiss have continuously rejected proposals like the ones phasing out nuclear energy.

This push for localism would be considerably more difficult if it wasn’t for the system of direct democracy that is very common in the Confederacy.

All federal laws are subject to a three to four step process:

These referenda are the reason why the political majorities have decided to include their own opposition in government: if the majority does not seek a consensus, the oppositions can use a citizens initiative (referendum) to overturn any decision made on the national level.

The system of checks and balances through both the aggressively localist cantons and the tool of direct democracy has made Switzerland particularly resistant to the growth of government, and one of the few relatively liberty-minded bastions in Europe. 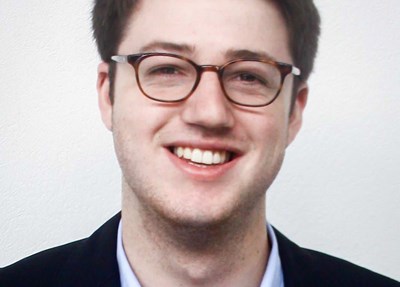 Bill Wirtz studies French Law at the University of Lorraine in Nancy, France.